Da South Is BACK

Who  cares that it's been almost 2 years since my last contribution to the DSouth Blog. Who cares that a Super Bowl, and a BCS National Championship has been played. I am back and I have some stuff on my mind to release, especially given some of the current happenings in the NFL - hello Jonathan Martin and Richie Incognito. I've been sitting on this long enough  and now it's time to get some stuff off of my chest.

Lets start with my NFL Top 10.

Looking at the NFL for 10 weeks we definitely have some very good clarity of who is doing what: who has developed as the Alpha Dog and who may be a pretender.

One question about the season is whether a the league is so competitive that there is a log jam in the middle of the pack or is there just some bad football going on. For example, the NFC East. This division was hailed to be the SEC of the NFL - 4 teams who were all good and going to contend for a playoff spot. The only thing that has transpired in all the things said regarding the NFC East is that all the teams are still in the playoff hunt, but only because the football played in that division has been awful. Every QB in that division has been like a train wreck.

Romo, is well, Romo - inconsistent and still making mistakes in crunch time (I say this despite the fact that I own him in my Fantasy league in which I am in first place).

Robert Griffin III has been a disappointment. Some of it due to coming back too early after an injury and due also to the fact that, in my opinion, he just isn't as good as people think. It is a well known fact that it takes D-Coordinators a year to figure something out and it seems like some teams have figured out how to defend guys like Griffin and Kaepernick, just as they did with Cam Newton last year. This isn't college where you may know how to defend a team like Oregon, but you just don't have the athletes to match up to the speed of the offense. This is the NFL and, more than likely, everybody can run. As a side note, I was watching how those DE's from Carolina played and defended against Kaepernick on Sunday and you begin to realize how special the NFL is with respects to size and speed.

Michael Vick started off hot and it looked like he and the Eagles offense were on it's way to setting every offensive statistical record the NFL has. Well, those smart D-Coordinators figured it out and they played some teams with some very good defenders and they struggled a little. They have picked up their offensive play recently with Nick Foles but their offense just doesn't scare anyone like it did after that first week.

I would like to believe that the league, in general, is so competitive that there are a bunch of 5-5 and 4-6 temas because everyone is just beating the crap out of each other and the NFL motto of, "Any Given Sunday' has never been more accurate. But in the end, there has been some Gawd-Awful teams, some extremely bad QB'ing and just awful fundamentals.

In the end, there are just a few Alpha's playing and when you really narrow it down, maybe only 1. With this said, here is Uncle B's NFL top 10

1. Seattle Seahawks 9-1 - The true Alpha. A very aggressive D, a good QB on the rise, and the most ugliest running back ever, This is a team that can travel and play with anyone and under any circumstances. But the thing about this team, is how much fun they have while playing. Pete Carroll really has this team believing that they are the team to beat. All of their wins will not be pretty but in the end, they will force their will on their opposition. Heaven forbid that the NFC runs through Seattle - You can pencil them in to represent the NFC in February.


2. Denver 8-1. I was mocked by my buddy Brien after I choose Peyton "the Sheriff' Manning in the first round of our Fantasy draft. Well guess who is laughing now? Peyton is surrounded by a plethora of skilled talent on offense and they can ring up points at will. The problem is that skill positions alone will not make for a championship. Denver's O-Line must improve. Whenever Denver faces a defense with a good pass rusher(s) they struggle offensively - check the Indy game. This weeks game against KC will see how well this line has progressed since their loss to Indy where Peyton was hurried and harassed regularly.


3. Kansas City 9-0. The only undefeated team left in the NFL, but I place them 3rd. Why? Two words: Alex Smith. I think Smith is a serviceable QB, but I just do not trust him. The KC defense can be menacing and they have good special teams but for some reason Alex Smith in the pilots seat doesn't sit well with me. Obviously, we will have a clearer view of KC after this weeks game. The thing to watch is whether Andy Reid reverts back to being the throw first, run later coach he has exhibited in big games, or will he lean on that running game to balance out a weak passing game.

4. New Orleans 7-2. 40 First downs? WTF. That's insane, but that is what Drew Brees is capable of - IN THE CONFINES OF THE SUPER DOME. The Saints are much improved on defense and carry a very different type of swagger in to games now, BUT, can we trust this defense to make stops, especially against the run, in a tight game, on the road, when the offense is struggling,. in the playoffs? That the first issue with the Saints. The second is, will Sean Payton try to force Brees to win a playoff game when the offensive rythem is off? The two losses this year came when the Saints could not score 35 points and go up and down the field at will and could not get a running game going when needed. Sunday night was a huge step in the right direction. 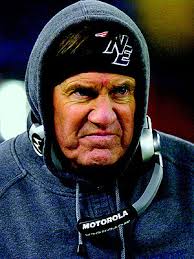 5. New England 7-2. Though they beat the Saints in Foxborough, I am still not a believer in this years Patriots. The only thing I do know about the Pats, is that they have, in my mind, one of the greatest coaches ever and they will get progressively better as the year goes on. How much better i don't know.


6. San Francisco 6-3. the 49ers three losses have come against some of the NFL's so-called elite ( Seattle (Alpha), Indy and Carolina) which they shouldn't be ashamed of. The problem is that two of those losses have come at home. And in those three losses, the 49ers offense has scored just 19 points TOTAL. That's 6 points a game. This is a team who wants to put the game in their QB's hand more, but what they must realize is that the thing that made Kaepernick a star was the running game. They must get back to their hard nosed running game with Frank Gore to get themselves back on track - nothing like the New Orleans Saints defense to jumpstart your rushing attack.

7. Detroit 6-3. This is the point we start getting to the average good teams and where best to start than Detroit. Obviously having Mega-Tron as your star will always make your offense deadly, and Matthew Stafford is leading the NFL's 3rd ranked passing offense. By throwing in a healthy Reggie Bush, this offense can be as explosive as any. Obviously the issue isn't with the offense, but with their horrific 27th ranked pass defense which has been torched all year. In order to compete with the top 5, they will definitely have to tighten this up.

8. Cincinnati 6-4. I'm a Marvin Lewis fan and want to see him succeed. The Bengals have one of the best defenses in the NFL (7th vs the Pass & 9th vs the run). They even boast on of the best up & coming QB's in andy Dalton and maybe the 2nd best NFL receiver in A.J Green. So what's the issue? They do not close temas out. They have lost the last two games in overtime and almost lost another against the lowly Bills in overtime. That's three overtime games which tell me either they are not finishing teams out or playing lax at the beginning of a game and playing catch up. They have lost four games by a total of 19 points. Though they are not elite, they could easily be 8-2 with some momentum, instead of 6-4 heading in to a division game against the Browns who physically beat them down earlier this year. 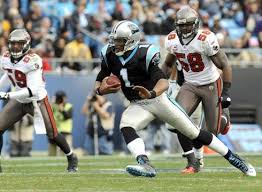 9. Carolina 6-3. After a 1-3 start, the Panthers have reeled off 5 straight wins while scoring 30 plus points in all but one of them. They went on the road, and physically beat the 49ers. In addition, during this streak, they have given up only 11 points a game. Obviously the Panthers go as Cam Newton goes and he has been very good during this winning streak by completing 67% of his passes while tossing 7 TD's and 3 picks. If Newton can keep his mistakes to a minimum the Panthers will definitely be a handful to deal with.

10. Indianapolis 6-3. I can live with a good team taking an L. No team can win every game. I can even stand a good team taking an L to a lesser opponent. Those things happen. But the way they showed up, or didn't show up, against the Rams, at home, in a game that would keep them in prime position to get that #2 seed in the AFC and a bye, was disturbing.


Posted by DSOUTHBLOG at 6:57 AM No comments: